I'm using Lubuntu 20.04 as my daily driver because it's fast, nice looking and customizable.

Unfortunately, there is a minor bug with LibreOffice on Lubuntu 20.04 LTS. Every time I edit a PDF using LibreOffice Draw, or simply export a document into PDF, the PDF result is always blank.

After several times experimenting, I found a solution in a forum, and the solution worked fine.

Here are the commands to solve the issue: 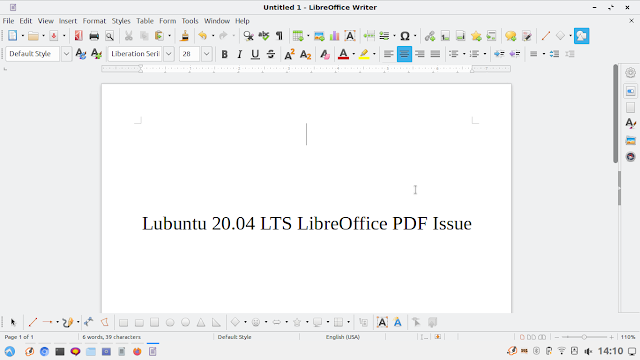 How To Safely Install Chromium Browser DEB Version on Ubuntu 20.04

Ubuntu developer has decided to make a dramatic transition from deb to snap package to the widely used Chromium Browser. Apparently, this change has began since 19.10 but went viral after 20.04 LTS.

Personally, I have tested the snap version and afaik, the app ran quite fast and responsive. Sadly, it randomly restarted itself without any error message. I simply concluded that chromium snap isn't stable yet to be used as daily browser.

2. Make an apt pinning
Use your favorite text editor (I use vi), and create this file:

Save the file, exit.

That's it. Now you get the conventional, more stable deb version of chromium-browser on your beloved Ubuntu 20.04 LTS. 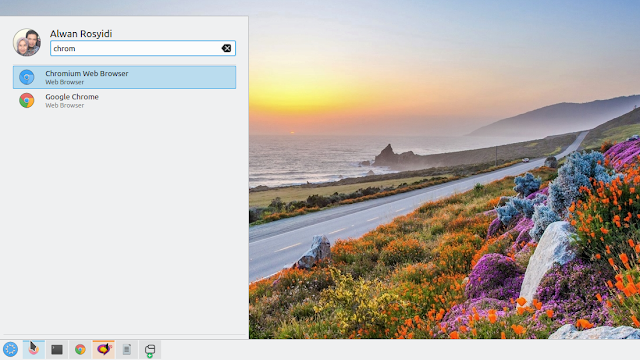 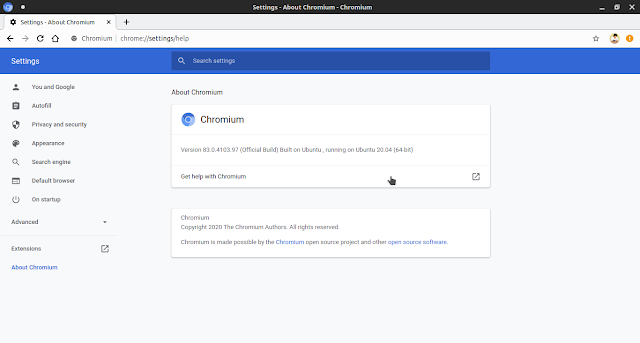 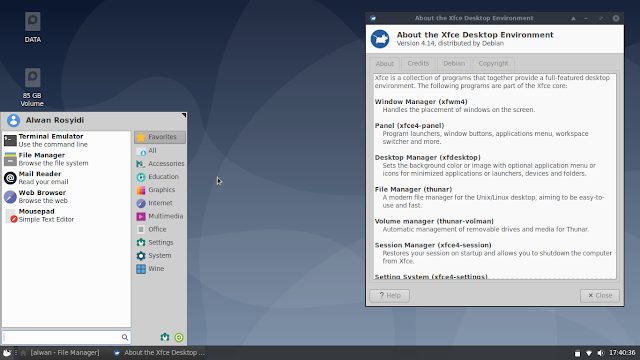 XFCE 14.4 has been released and brings some major changes and improvements. Unfortunately, it is too late for Debian user because Debian 10 (buster) has already been released with XFCE 14.2. Luckily, there is a simple way to install XFCE 14.4 on top of Debian 10 Buster.

1. Adding MX Linux Repository
MX Linux is a new shining Linux and currently becomes number one distro in Distrowatch rank. MX Linux is built on Debian stable and uses XFCE as the desktop and its repository brings new XFCE 14.4.

Add this following repo to your Debian's sources.list :

Update your apt cache and upgrade your system :

3. Testing
Though it's not an official way, but I've been testing it on my Debian 10 installation, and I don't find any technical issue. XFCE 14.4 runs stable and fast. I hope XFCE 14.4 will be backported to Debian stable soon.
1 comments

It's been quite a while since the last post I wrote in this blog. My daily life prevents me to write another stuff about Linux Desktop, and now I'm curious to take a look to the Ubuntu Kylin 19.04.

Ubuntu is always be my favorite distro. It supports huge number of hardwares, it has probably the largest Linux software repository. It is also --the most important thing-- very easy to install, even for beginners.

But for some couple of years, because of technical reason, I stopped to play around with the Ubuntu releases. I stood for KDE Neon and became my primary OS because of its simplicity and the look. Few days ago Ubuntu has released its newer version, Ubuntu 19.04 codenamed Disco Dingo.

I'm yes impressed by the progress Ubuntu developer has made, especially the way they arrange the GNOME desktop to match the Ubuntu theme. But the most interesting flavor of this release is Ubuntu Kylin. It's an official Ubuntu flavor, designed for Chinese People with its own Desktop Environment called UKUI Desktop --which is based on MATE.

Installation
Like I said before, Ubuntu is relatively very easy to install. As well Ubuntu Kylin uses Ubuntu's Ubiquity installer, it has no issue. Even if you are a beginner, you would be easy to understand the installer without any significant difficulties. 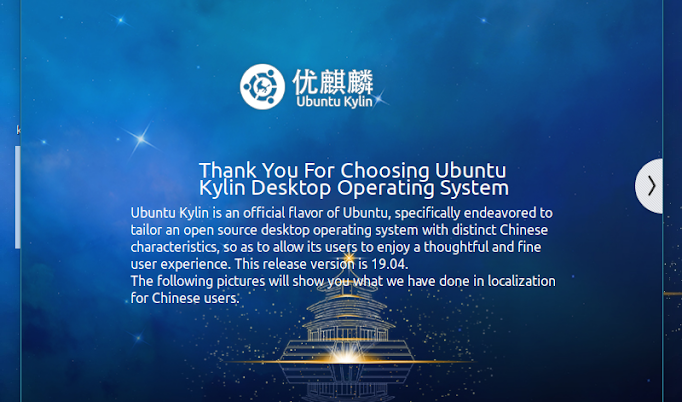 Login Screen
Ubuntu Kylin 19.04 uses LigthDM display manager with its own theme. It is superb and gergous.

Desktop and Theme
The first time you login, you will see a very familiar desktop. Yes! Ubuntu Kylin 19.04's UKUI Desktop is very similar to that Windows 10 desktop. I could simply call it as an 'identical clone' of Windows 10 Desktop.

The start menu, the icon theme, the window manager theme, the taskbar and icon placement, the only thing that differs Ubuntu Kylin from Windows 10 is the Start menu logo.. And the desktop wallpaper.

Resource Usage
Ubuntu Kylin 19.04 consumes a reasonable amount of resources. At the first login, it eats about 700 MB of RAM. 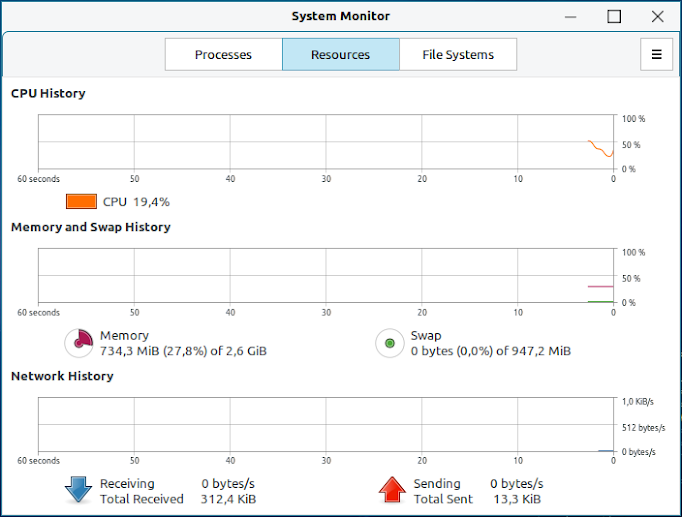 File Manager
Ubuntu Kylin uses its own File Manager called Peony. It is based on MATE's Caja File Manager. This time, Peony has been reworked and I don't find any issue or bug.

Control Panel
Ubuntu Kylin develops its own Control Panel which is --based on my point of view-- simple and good looking. I don't have any personal issue with the control panel. 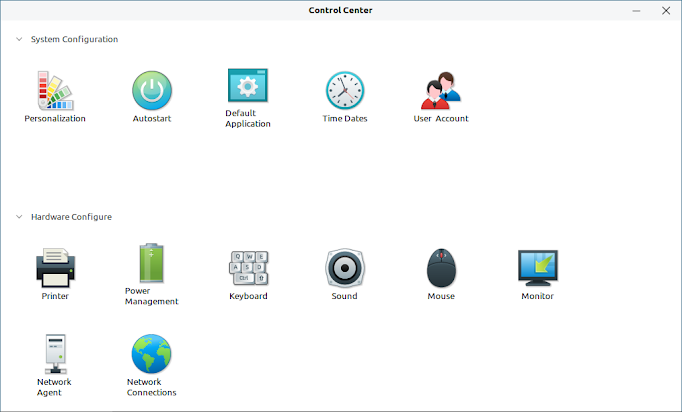 Preinstalled Apps
The preinstalled apps in Ubuntu Kylin are standard. There are Chromium and Firefox for the browser, Libreoffice for the office suite, and SMPlayer for the multimedia player. It has some Chinese apps that could be easily removed from package manager.

Start Menu
I've been in love with KDE Plasma 5's start menu and with the XFCE's Whisker menu. Ubuntu Kylin 19.04 also has a very similar concept of Start Menu, which resembles the old Windows' Start Menu.

The one minor thing I don't like is the absence of categorized menu for the installed apps. There are only Favorites menu and All Apps menu. But this is okay and acceptable, because it has superb power menu that very identical to the Windows 10's power menu.

Conclusion
If you ever tried the Chinese Deepin Linux, you would feel the same feeling about this distro. It is very Chinese : Good looking, simple, effective and easy to use. The main difference thing is : Deepin is sophisticated, while Ubuntu Kylin is far more simple and for me, feel better. I give this distro 8 of 10 stars.
3 comments 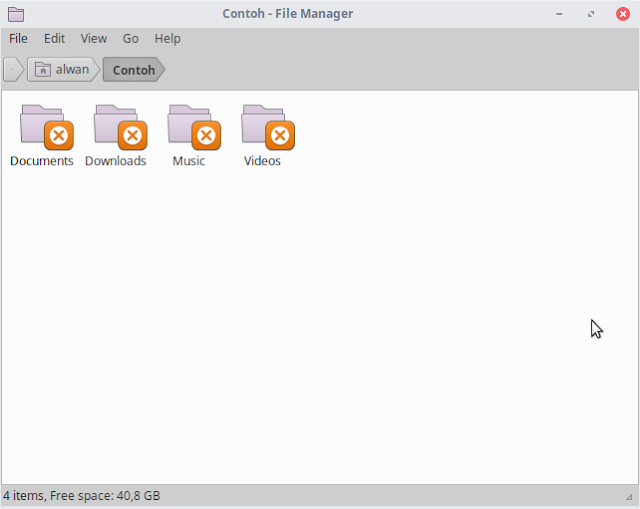 Recently, I've found an odd error in my Linux machine : My home folder and my entire Linux system suddenly becomes read only! I tried to reboot my machine, and the system failed to boot. I was panic and ridiculously thought, that my Linux machine was being hacked.

I reinstalled my machine and the error gone, but later, the error showed up again. After googling around, I've finally known that I had some bad sectors in my harddisk. What I did to solve was just using this fsck command :

Wait until the process done, and your Linux machine will be back to normal.
0 comments